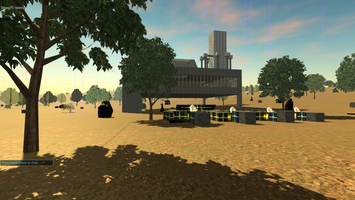 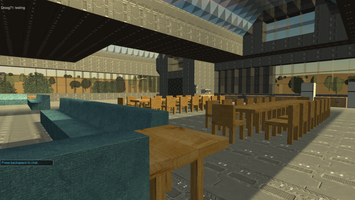 Integrated the HotBar mod with the game. The hotbar can now be toggled on or off with the F9 key. The mod is no longer necessary.

Added area protection blocks that prevent other players from building or destroying anything within the area.

Added the ability to advertise public servers on a server list visible on the left side of the screen when joining a game.

Added -hazards command line argument for headless servers to toggle hazards on or off.

Hazards button now only works for the host in multiplayer games.

Mod debug logging is now toggled on or off by starting the game with the -devel argument.

Fixed an issue with ID assignment during world loading.

Fixed an issue with downloading worlds from servers after you have already been playing the game, exited to the menu and attempted to join a server.

Protection blocks show the list of users allowed to build in the area in the info window. 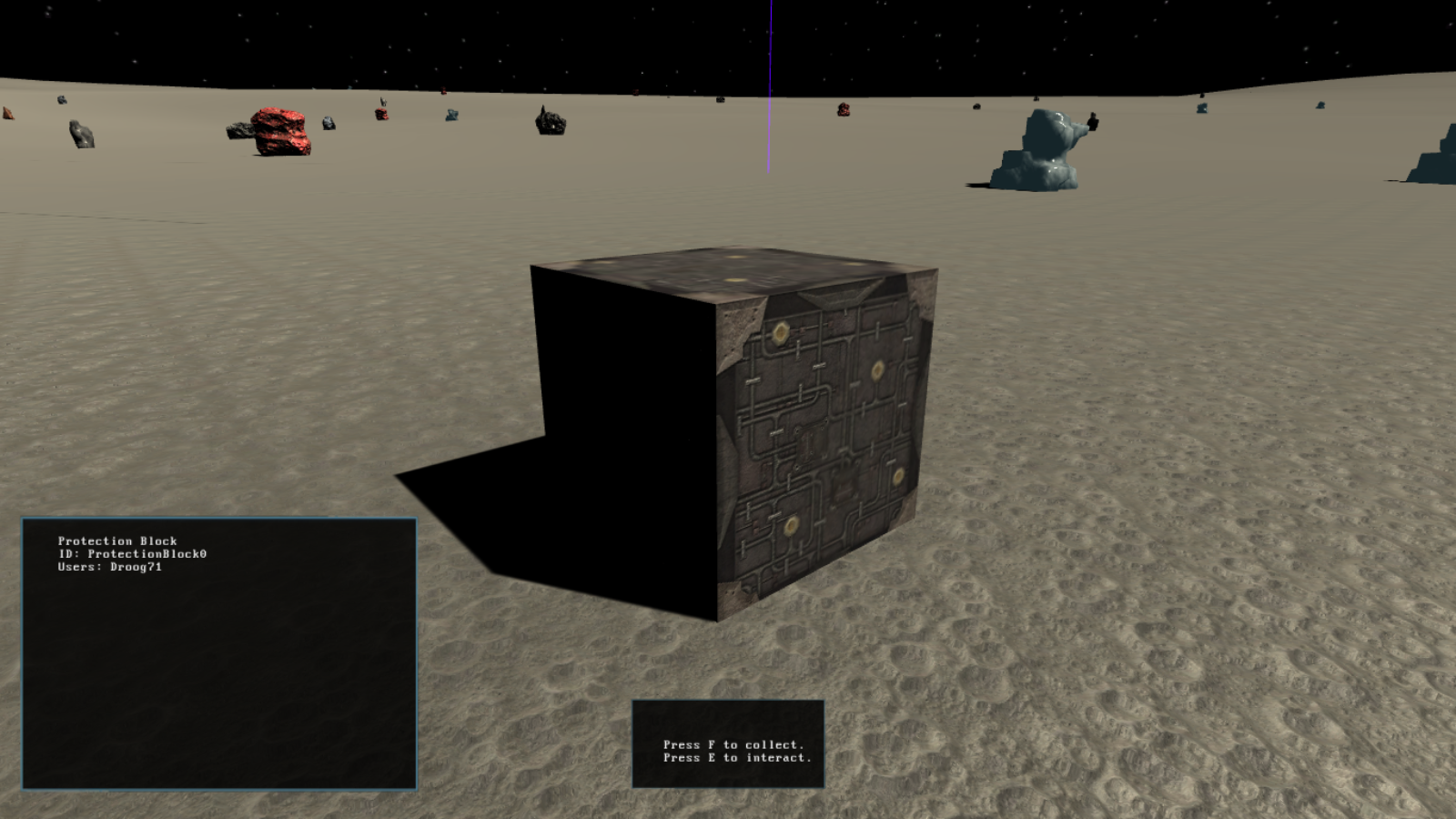 Visibility of the protected area boundary can be toggled on and off by interacting with the block. 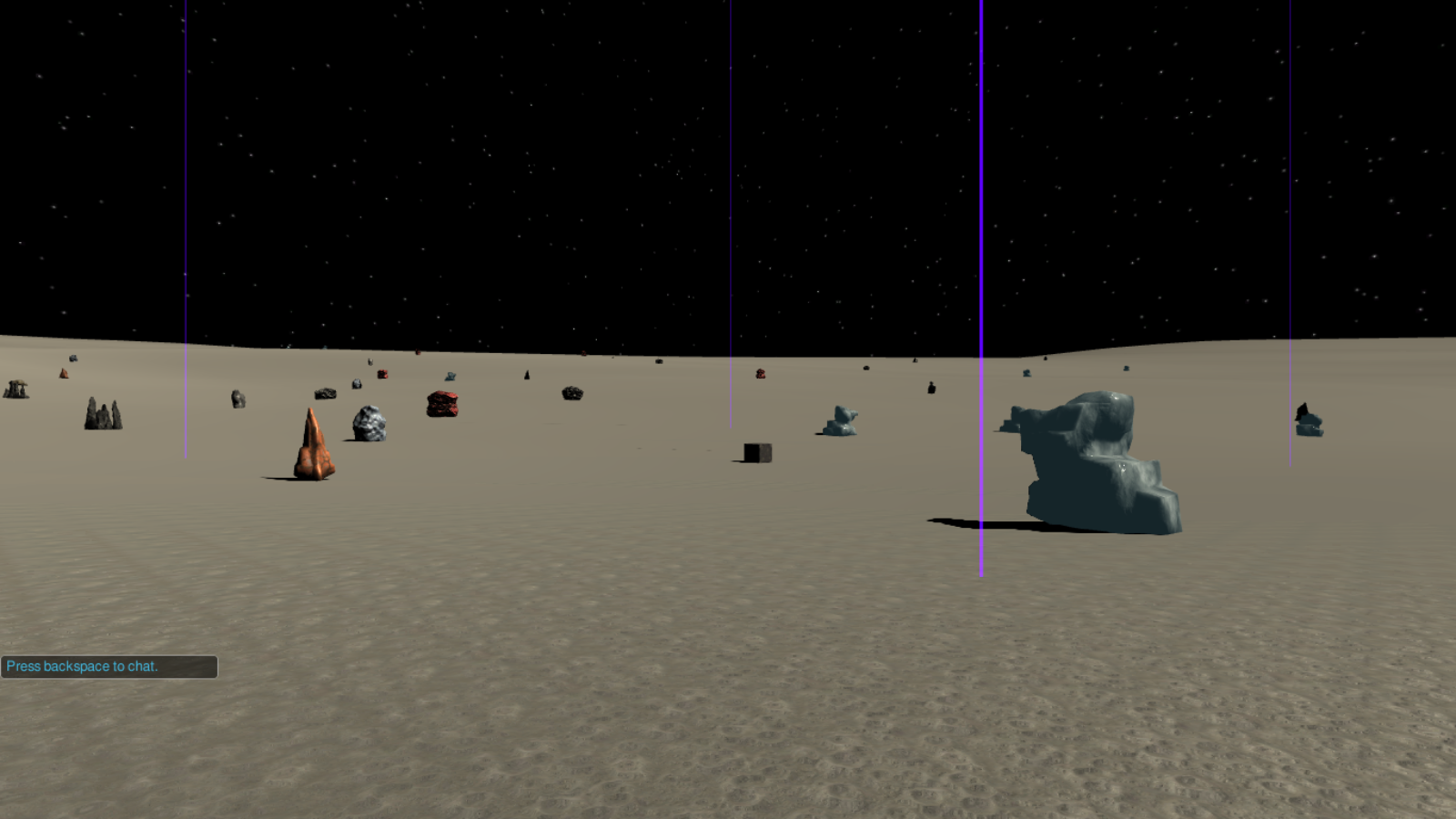 Players can share a protected area if all intended users are within the boundary when the block is placed. 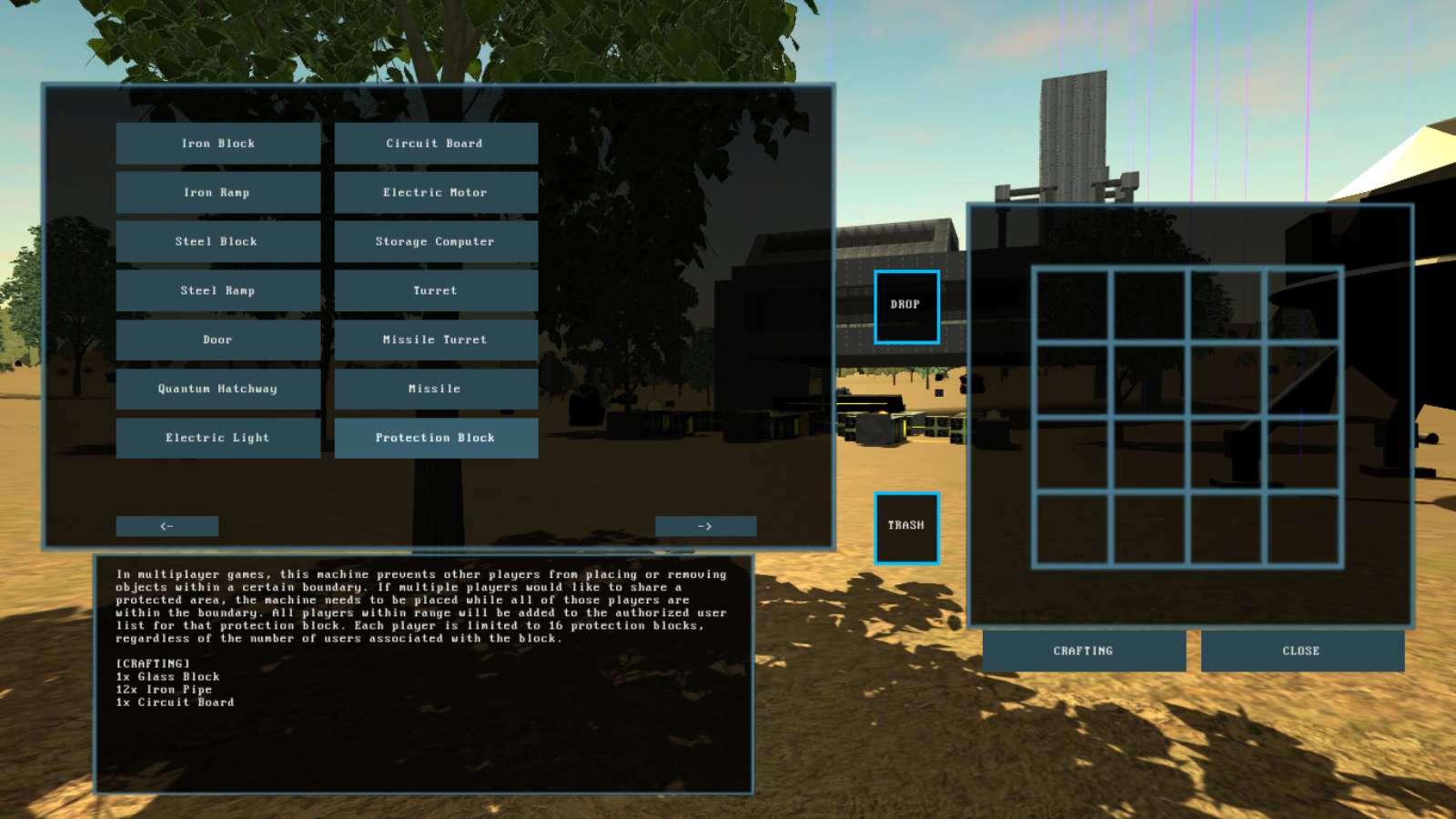 Servers created using the "public" option or launched with the -announce command line argument will be visible in the public server list at the main menu. The location, game mode, installed mods and player count are also displayed. You can join a server by copying the address into the server IP address text field. If you create a server, you will need to open port 5000 on the server machine or nobody will actually be able to properly connect to the server. 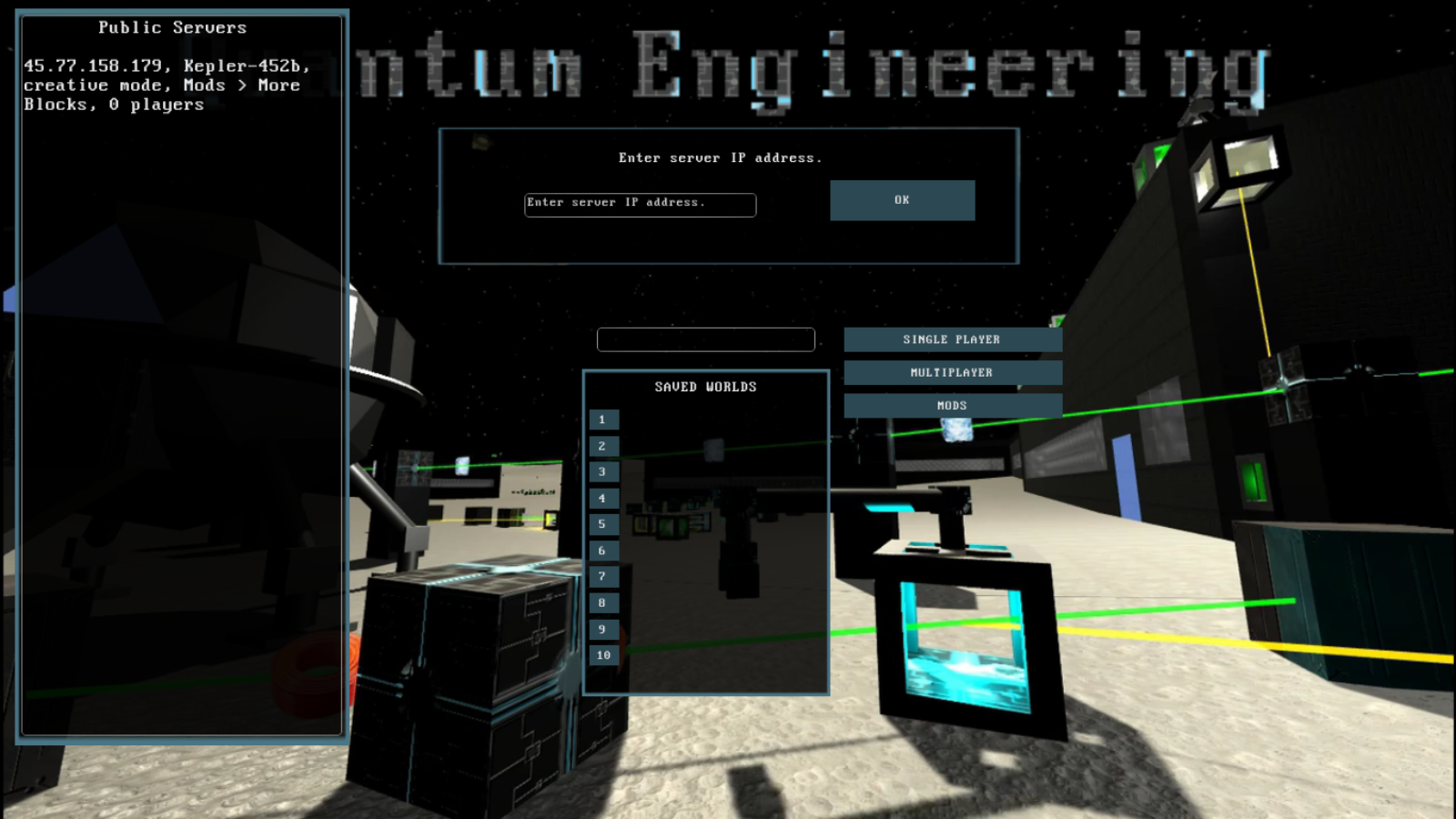 For a more detailed explanation of changes, see the commit comments on github here: