All blocks in Quantum Engineering are now affected by gravity. Horizontal platforms must have vertical supports every 40 blocks. Unsupported structures will  collapse. Bricks and glass are often destroyed from impact when falling. Iron and steel blocks are not destroyed and can be retrieved.

The building system in Quantum Engineering has been improved. Block rotation and axis alignment are now separate key bindings. The default bindings are R to rotate a block and V to snap to the 6 possible axis directions around an existing block. When building structures, it is important to remember that the bracket keys can be used to increase how many blocks will be placed in the designated direction (up to 100). The block placement reticle is now transparent and shows which direction the block will be facing when it is placed. Some bugs with the build system have also been fixed, making the overall experience smoother and more responsive. 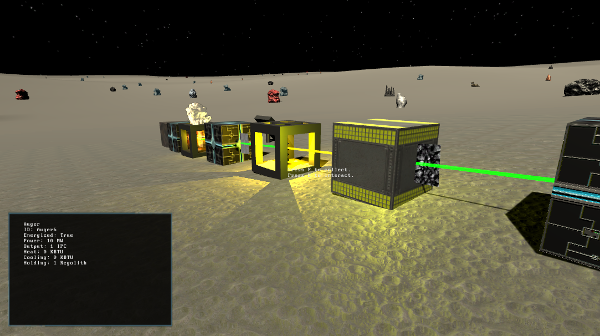